Inside an unassuming building in Seattle sits an industrial-grade extractor that can turn a kilo of marijuana into hash oil in just 45 minutes.

The machine is part of the production line at X-tracted, the largest hash oil maker in Western Washington. 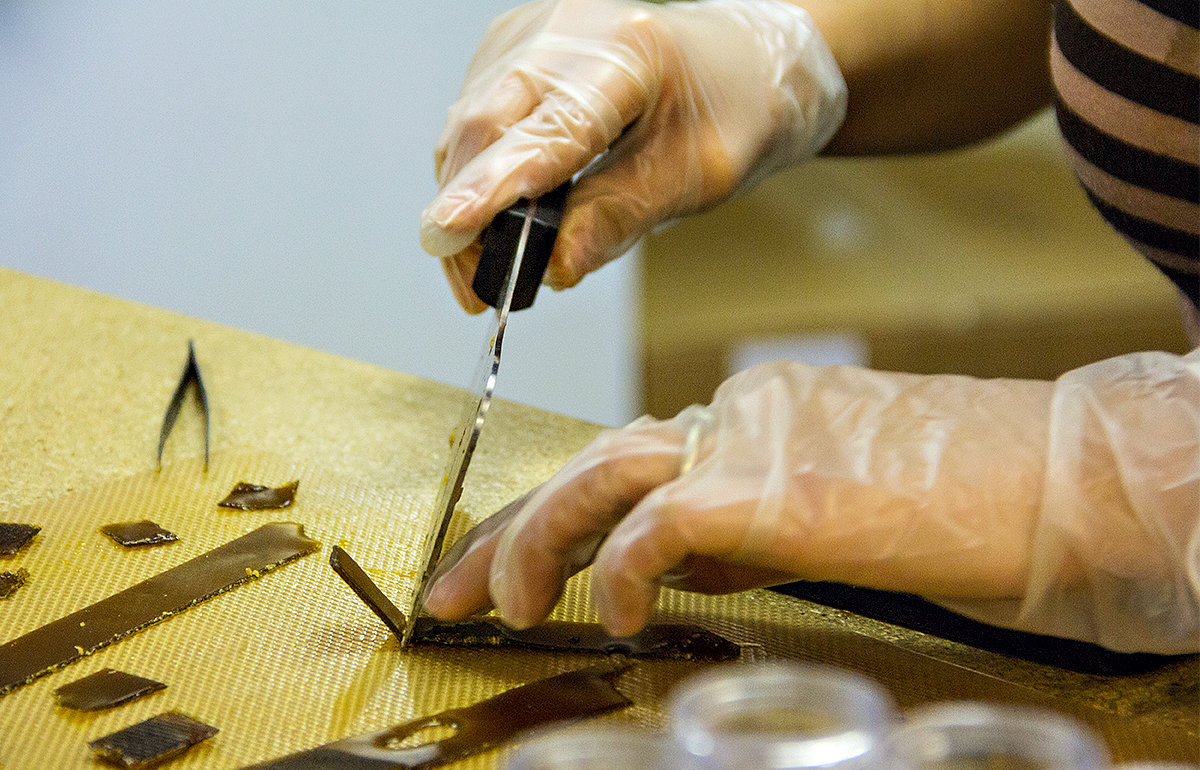 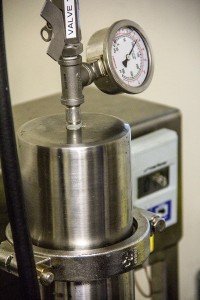 “We like clean, potent, pure products,” said Ryan, one of four partners at X-tracted who only wished to be identified by his first name. The shop, staffed by five full-time and seven part-time employees, serves 40 dispensaries throughout Washington state as well as several private growers thanks, in large part, to its high-capacity extractor.

The heavy-duty machine flushes butane through marijuana clippings to extract the plant’s oil. The butane then flows back into its tank, which is weighed after the process to ensure no residue gas is lingering in the concentrate. The flushed plant matter—which contains less than 1 percent cannabis, according to tests—is collected and given to farmers for livestock feed.

What remains—the potent amber-hued extract—is poured out on a non-stick sheet and placed in a vacuum for drying. Once ready, the product is cut into 1-gram pieces, packaged, and labeled. Each gram sells for as much as $60, depending on its potency.

“When people smoke cannabis … they’re burning plant matter. With concentrates, we’re removing almost all of that matter, so the vapor tends to be extremely clean, highly potent,” said Ryan.

Justin, another partner, often examines the quality of full sheets of the extract by holding them up to the light. 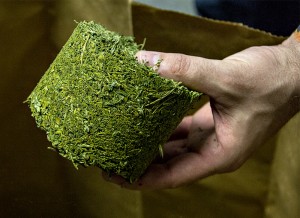 “When I’m looking at our final product, I’m looking for total clarity,” he said. “I’m looking for other things as well—not just with my eyes, but with my nose,” said Justin. “Do we have a nice nose on it? It’s kind of like a glass of wine. You smell, you taste. It’s all part of the overall end experience.”

Justin, who asked to be identified only by his first name, is known to snap photos during this ritual, and share them on Instagram.

“It’s kind of mesmerizing for me still, when I go in there, pull up in the ovens in the morning and I see everything that’s coming out. And there’s a nice clear patty with a nice perfect orange hue. And I hold it up to the light, and it comes through.” he said. “It’s like a fisherman going out and snagging a 20-pound salmon.” 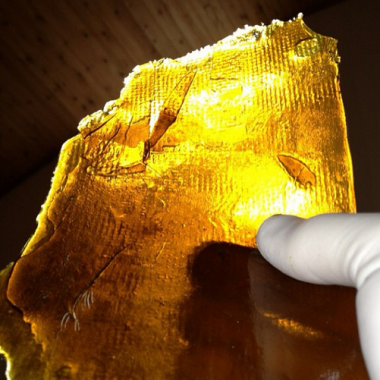 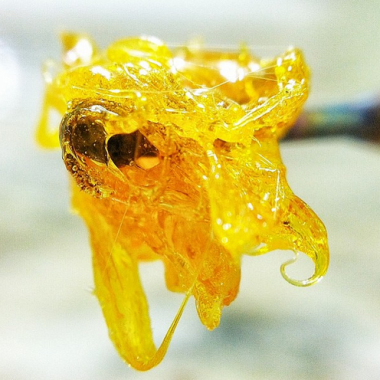 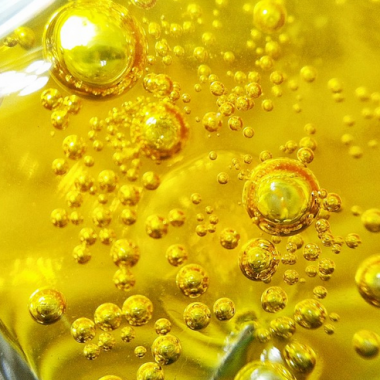 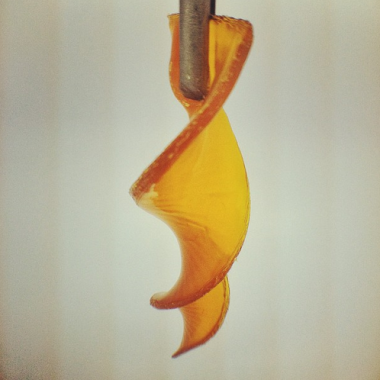 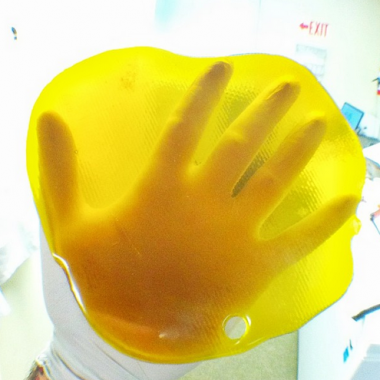 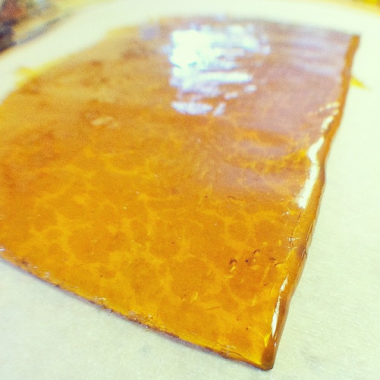 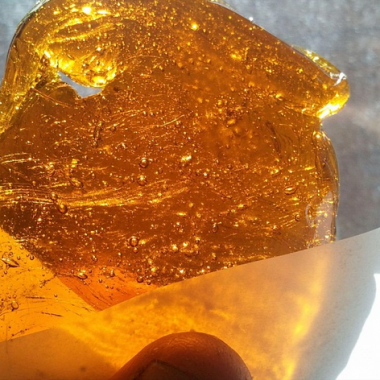 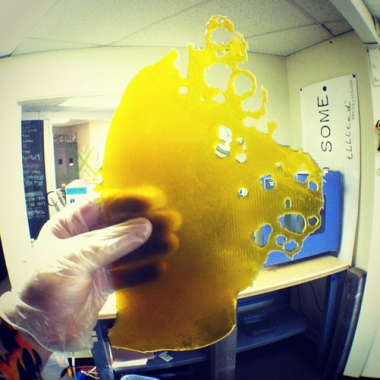 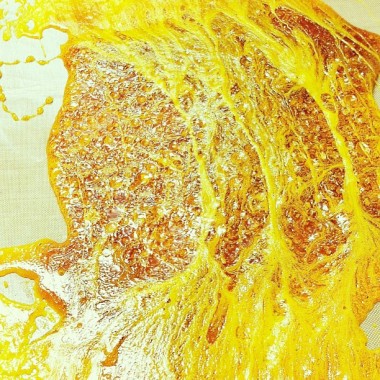 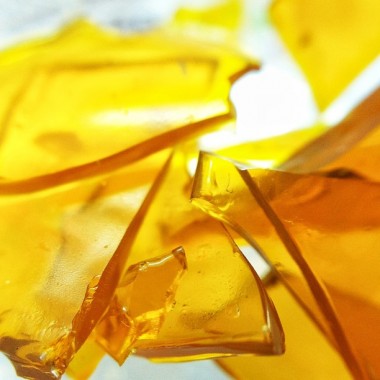 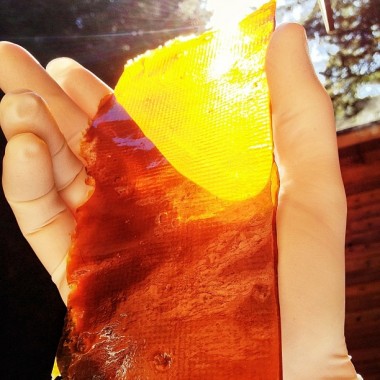 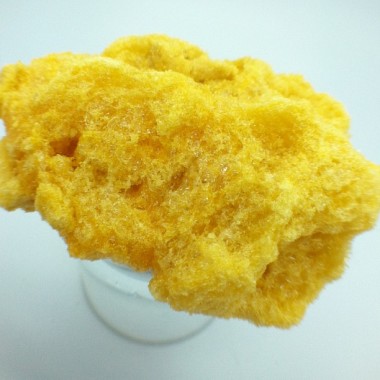 Because different strains of marijuana are used, the extract comes in many hues, says Justin.

“The fresher and better-handled clippings seem to produce the better material, usually lighter in color,” he said, adding the age of the clipping isn’t the only determining factor. “From purple cannabis, we’ll get a little bit darker oil.”

The staff at X-tracted aims to yield concentrates with the highest possible levels of THC, marijuana’s psychoactive agent, and CBD, an ingredient said to yield medical relief. The lab recently processed a strain that contained 39 percent CBD and 37 percent THC, according to Ryan.

“When we come across those high-CBD strains, we definitely focus in on them,” said Ryan. “Some patients find that having that THC (level) somewhere around where the CBD is creates a better medicine for them. Other patients like a very low-THC, high-CBD medicine.”

“Pain relief, nausea control, being able to have an appetite—so many people are getting benefits from this product,” said Justin, adding his own mother uses a hash oil tincture to treat her chronic joint pain. “She’s going from taking five or six Vicodin day to maybe 10 drops of tincture a day. So it’s a night-and-day relief for her.”

Ryan said he first saw the need for concentrates long before he and his partners formed X-tracted in 2012.

“I saw the need as a patient. I’ve used cannabis myself for a number of years, for medicating. And at some point, it didn’t work as it used to for me. And so I started looking into ways to get stronger concentration,” he said.

The demand has steadily increased since, said Ryan, but it has spiked in recent years. 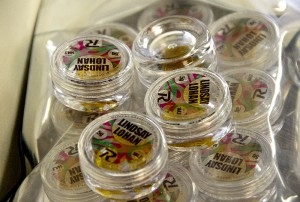 With hash oil growing in popularity, so have the number of attempts of at-home extractions by amateurs. In February, the Federal Emergency Management Agency issued a warning about a rise in hash oil-related explosions, especially on the West Coast.

“Depending on conditions at the scene, these explosions can be misidentified as pipe bombs (because of the extraction vessel used) or methamphetamine lab explosions,” FEMA said.

The partners at X-tracted are well aware of these dangerous attempts, many of which involve a PVC pipe and a leaking butane source.

“If you’re doing this inside, it can be very dangerous. One spark, and you’ve got an explosion,” said Justin.

And even those who avoid an explosion can cause harm to the consumers of homemade hash oil, which may contain residue chemicals.

“It’s easy to process hash oil using gases incorrectly and cause damage,” said Ryan. “We’re using a significant dollar-value equipment, and our competitors are using less than $150 of equipment and doing it in an unsafe manner without lab testing.”

“We’ve seen the downsides of this. We don’t want anybody to go through that,” Justin said. 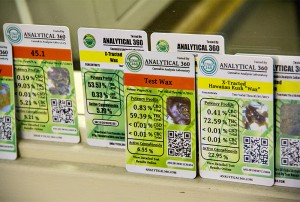 What’s next for hash oil

X-tracted is one of several hash oil shops the state Liquor Control Board turns to for questions and discussions.

The partners hope the stigma will be replaced by an appreciation for hash oil’s full potential in the future.

“When I hear stories about how our products help patients, that’s my proudest moment. That’s what drives me,” said Ryan.