Maybe you’ve heard rumors, or even caught a glimpse.

An elusive life-sized Scooby-Doo Mystery Machine is sometimes seen cruising around the Seattle area, or so the story goes. Where’s Scooby-Doo when you need him? 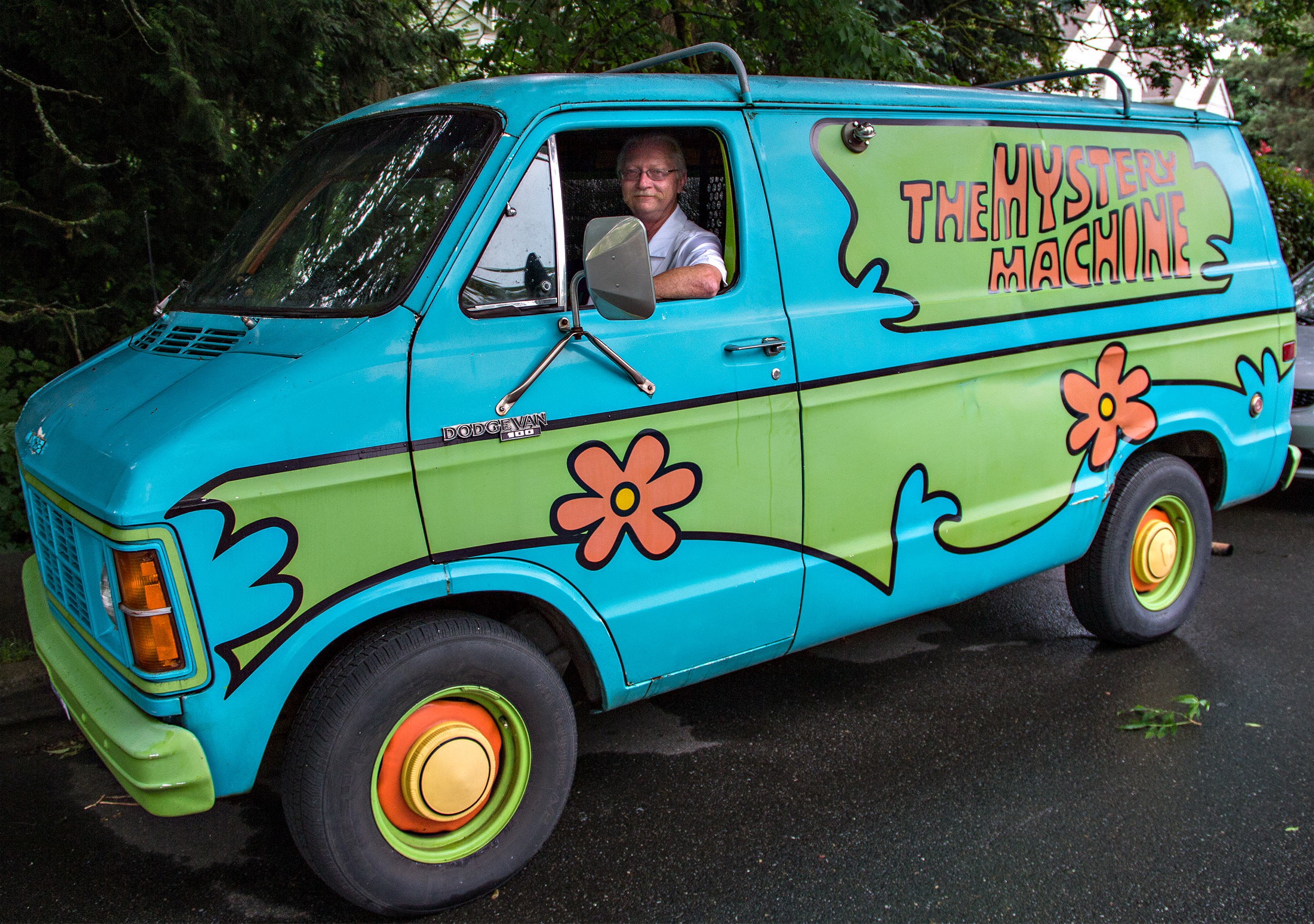 The psychedelic van, it turns out, belongs to Michael Yates, a 57-year-old self-claimed kid and a longtime fan of Scooby-Doo. Yates says he bought the van from its original painter four years ago for just $800.

“I was just looking for a van to haul stuff around with. And it was just, oh, score! I like that,” he said, adding he soon realized the iconic van has demands of its own.

“The very first day I got it, just trying to get out of Fremont, I stopped for gas, a crowd gathered. I stopped at the store, a crowd gathered. Everywhere we went that first day, I mean, (drivers) honking and waving, and people everywhere,” he said. “Five miles later, (I thought,) ‘This is insanity!’”

Yates has since learned not to drive the van when he’s in a rush.

“I can’t take it to Fred Meyer, for example, without people stopping and taking pictures of their kids in front of it,” he said.

The Mystery Machine “makes a ruckus” on the freeway, and gets only 14 miles per gallon, says Yates. But the way he feels when he’s at the wheel, he says, is priceless.

“Just to go out and have fun with? That’s a whole other game. Sometimes you just forget how fun it can be. Just by watching the reaction of the people, you think, ‘Oh, that’s right. This is what it’s all about,”’ he said. “When I’m driving that (van), I’m a kid.”

And he suspects that nostalgic joy is what draws so many others—“people my age to older, all the way down to 5-year-olds”—to the Mystery Machine.

“More than anything else, it’s a break from the real world. And it goes back to something that’s simpler … There wasn’t a lot of gray to the Scooby world. And I think people yearn for that sort of thing.

“It’s the mindset of the people. Seattleites have a tendency to be a little more laid back, a little more open about things. They’re not hung up on who they are; they’re more open to reliving childhood things and experiencing new things. And that’s just one of the things I love about in Seattle,” he said. 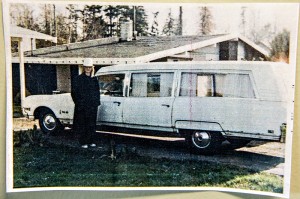 The concept of a novelty car isn’t entirely new to the Tacoma native. In high school, he was known to wear a long black coat and a white top hat, and drive around a white 1966 Oldsmobile hearse.

“Some things have not changed,” he said.

Still, over the years, the Mystery Machine has brought Yates several surprises.

“It’s the one vehicle I’ve been flashed because of,” he said, adding his other encounters have proven much tamer. People often leave notes on his windshield with quotes from the show. Sometimes they leave more.

“There was a brand-new (stuffed-animal) Scooby hanging from the side-view mirror. Some random stranger went, ‘He should have this!’ and stuck it on the van. And it happens all the time,” he said. 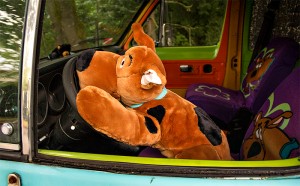 Yates wants to add his own touch to the van this summer.

He plans to drive the van until it dies. The Mystery Machine, he says, is just one part of his plan to never grow old.

“I know too many people that are my age that are incredibly boring people—and I don’t mean that in a bad way. They’re settled into being…middle-aged, and I find that to be intensely boring,” he said.  “I have to deal with reality five days a week. The rest of the time—not gonna happen. I refuse to grow up, or old.”