Picture: Darth Vader in his mask, wearing a frill-collared shirt while speaking in Shakespearean verse.

“In time thy powers have weak become, old man,” he says to Obi-Wan Kenobi as the two duel with their lightsabers.

“It is the original ‘Star Wars’ movie told as though it were a play written by Shakespeare,” said Doescher.

The play’s prologue contains a familiar-sounding couplet: “In time so long ago begins our play, in star-crossed galaxy far, far away.”

And every character, even R2D2, speaks as if directed by Shakespeare himself.

“This golden droid has been a friend, ‘tis true, and yet I wish to still his prating tongue!” R2D2 says in Act 1, Scene 2.

Since its release earlier this month, the book has climbed to the 10th spot on the Times’ bestseller list for hardcover fiction.

“I wasn’t combining things that were unpopular by any means,” said Doescher, “(but) I certainly did not count on it being so popular.”

The Portland native says a series of events gave birth to the idea for the one-of-a-kind book. He’d rewatched the “Star Wars” trilogy just before attending the Oregon Shakespeare Festival last year. A month later, he read Pride and Prejudice and Zombies, the classic novel-turned modern zombie fiction.

Doescher, who works as a creative director at a marketing agency by day, soon began working on his own parody saga at night, after his kids went to bed.

“I basically tried to get two or three minutes of the movie done per night,” he said. The first draft took him four months.

“Some lines came easier than others,” said Doescher. “And other times, I’d get caught up in a certain line, or I’d go down a rabbit hole.”

The most challenging parts to translate proved to be those Doescher calls ‘“Star Wars’ lore.”

“Because I knew ‘Star Wars’ fans would be looking to see how that was handled,” he said, adding he knows, because he is one. Doescher has watched the trilogy some 60 times. “I really can almost recite all three movies.”

Which brings us to an important question for serious “Star Wars” fans: Who shot first, Han Solo or Greedo?

“I’m always going to say Han Solo,” said the author. “The book tows the line a little more on that.”

Accompanying Doescher’s Shakespeare-inspired words in the book are 20 illustrated references to the bard’s work. In one drawing, Han Solo is seen holding a Stormtrooper helmet, mimicking Hamlet holding Yorick’s head.

“That’s the one sort of stands out as very intentional,” said Doescher. “That’s sort of the image we associate with Shakespeare, and I wanted to make sure my book had that image in it.” 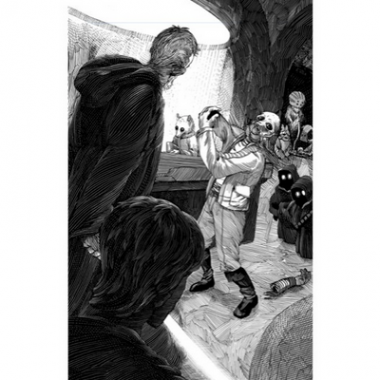 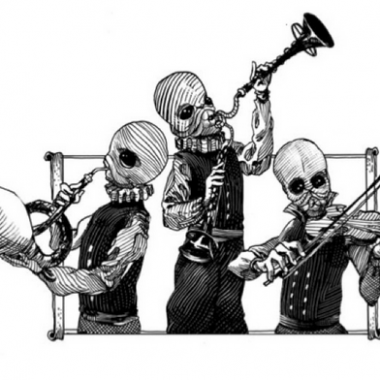 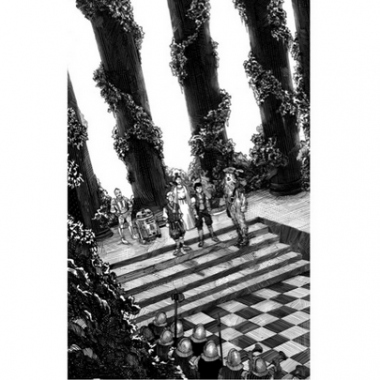 More than a hundred theater companies have asked to perform Doescher’s work. But because Lucasfilm still owns the rights to the story, only a few scenes can be performed at a time.

ReAct Theater will be performing scenes from the book at the Elliott Bay Book Company on Sunday, July 21 at 2 p.m. A $5 donation is suggested at the door, or in advance via Brown Paper Tickets.

Doescher himself will be in Seattle on Aug. 3 to promote his book at the Barnes and Noble store at Northgate, at 11 a.m.