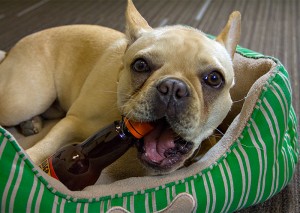 Winston’s only complaint? The bottles are really hard to open without opposable thumbs. (Credit: Justin Steyer)

Cartoonist Charles Schulz once said, “Happiness is a warm puppy.”

For a puppy, happiness might be a warm beer, at least according to Winston, our resident pup.

Winston is an avid fan of Seattle-based Bowser Beer, a brew made for canines without alcohol, carbonation, or hops, which are toxic for dogs. The beer comes in two flavors, Beefy Brown Ale and Cock-A-Doodle Brew.

“It’s not like your beer,” said Jenny Brown, who founded the maker of Bowser Beer, 3 Busy Dogs, Inc., in 2008. “It’s kind of an unusual combination with the beef or the chicken, and the malt barley.”

The pooch hooch resembles broth, though it contains no salt or onion. The drinks are flavored using real meat, and include glucosamine for joint health.

Dogs can sip on the brew straight out of the bottle, served over kibbles, or poured over a bowl of crushed ice for a Bowser cone.

Considering the tasters, both four-legged and two-legged

The faux booze is intended for dogs, but it’s fine for humans to sneak a swig, too. In fact, Brown says her husband has had his share of sips since the company’s early days.

“My husband was a taster. That was one of his jobs,” she said.

But the opinions that mattered most were those of her three dogs, who inspired the company’s name.

“We made like four different concentrations, and we’d line up the bowls. And our dogs were the original test team,” she said.

The concentration that proved most popular in the Brown household became the base for what later became Bowser Beer.

“I’ve heard people describe it as everything from ‘it tastes like vinegar’ to ‘it tastes like urine,’” said Brown. “I say, ‘Come on, you can’t compare it to beer, like apples to apples!’”

Not everyone is as dramatic. Winston’s dad, who tasted the Beefy Brown Ale, described it as a “slightly-sweet, flat, light beer with a hint of beef.”

Brown is unfazed by human reviews.

“The dogs enjoy it, and that’s what really important,” she said. 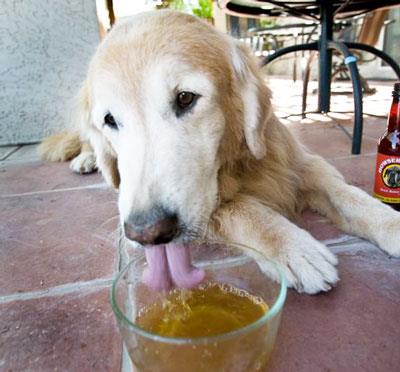 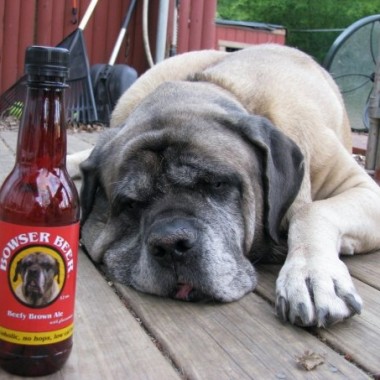 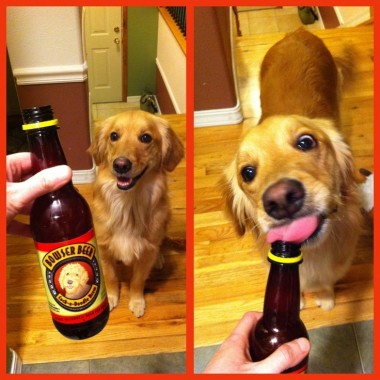 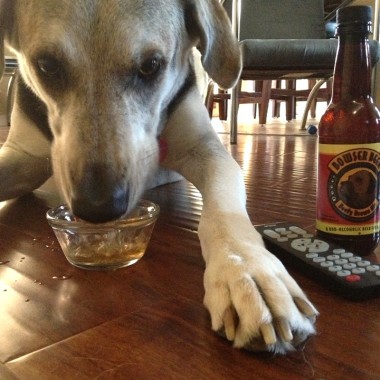 From pretzel bites to canine beer

Brown never imagined she’d be making beer for dogs. The idea came to her while helping a friend sell pretzel treats at a farmer’s market.

“People would say, ‘If you make treats for dogs, I would buy them,’” she said.

So Brown began making Bowser Bites—pretzel pieces baked with a coat of peanut butter and molasses. And they were a big hit, especially for one of Brown’s own dogs who, in his old age, could no longer enjoy hard biscuits.

Brown saw that she was on to something, and pushed forward.

Now Bowser Beer is sold all over the U.S., as well as at Harrods of London. Since the company began shipping to pet stores in 2009, Brown says she has received calls from all kinds of businesses.

“Yogurt shops, coffee shops, stuff like that,” she said. “And now what we’re seeing is more and more restaurants, and more and more places with patios.” 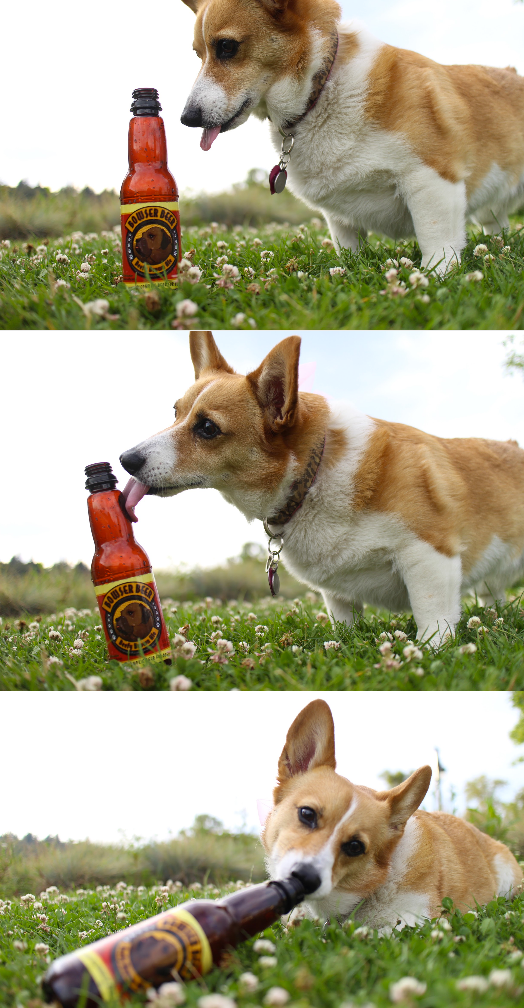 Over the years, Brown has gotten to know some of her regular customers, including “a dog who belongs to a race car driver, and he’d take his beer down to the race track.”

She says her unique brew has proven popular for special occasions, especially with custom-ordered labels for the bottles.

“We do bark mitzvahs,” she said. “I just had two orders with the wedding labels, and I believe they were people weddings, but we often have dog weddings, too.”

“They’ll line up the bowls with the dogs, and they let the dogs chug the beers. And whoever finishes the beer first wins, and everybody gets to yell, ‘Chug, chug, chug!’” she said.

“People are just crazy about their dogs. And they just want to include them into their lifestyle,” said Brown, who herself has owned dogs throughout her life. The three dogs whose tastes helped her launch Bowser Beer have since died, but their two successors are now helping run the family business.

“They are in my office every day. We have to take breaks sometimes to play ball. They follow me everywhere,” said Brown, adding Muggsy and Quigley get their fill of Bowser Beer. “They get it often enough. And I tell’em, ‘You know, can’t take too much of the inventory.”’

Brown has always been a dog lover, but she says her business has made her realize she’s hardly alone.

“Dogs are so in tune with people. There’s such a rapport with a dog,” she said. “People are attached to cats, yes, and they have their birds. But dogs are just really almost an extension of their family members. It’s just that bond, and I think dogs give back as much—or more, probably—of love.”