Back in 1956, Jack Kerouac spent 63 days working as a fire lookout on Desolation Peak, across from Mount Hozomeen in the North Cascades.

“Hozomeen, Hozomeen, most beautiful mountain I ever ever seen,” he wrote in “Desolation Angels.”

But it’s not only the vista that draws Seattle photographer Kyle Johnson, who is on a summer-long mission to capture as many fire lookouts as his work schedule allows. Johnson hopes to photograph 30 of these shelters before the rainy season returns.

“I’m just trying to pick the most photogenic ones and the most exciting ones as far as stories tied to them,” said Johnson. 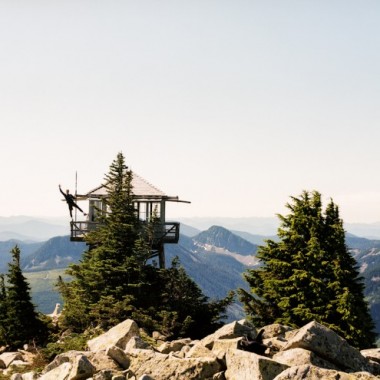 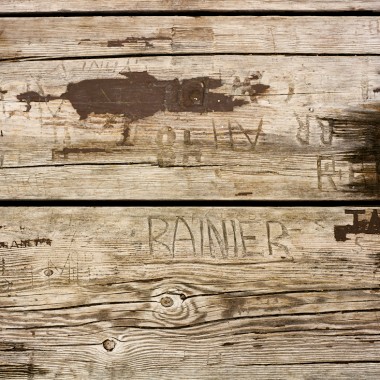 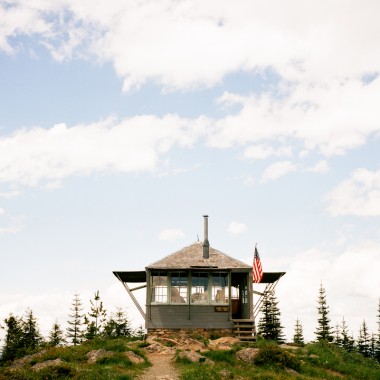 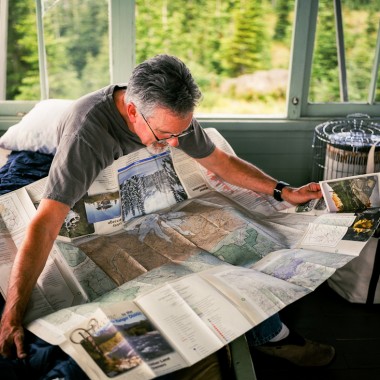 Washington state was once home to 660 fire lookouts, most of which have not withstood the test of time. According to the Forest Fire Lookout Association (FFLA), a group of lookout enthusiasts in U.S. and Canada, 77 of these lookouts are still standing in their original locations. Only 22 of these, most of them in drier Eastern Washington, are still used for fire detection; 55 have been left behind by disuse and budget cuts in the hands of volunteer caretakers.

To local FFLA member Forrest Clark, the historic lookouts are just as significant as the views they lend.

“They’re part of Americana and the Forest Service history,” said the Snohomish man. “My interest is these are very exciting structures at very high points on the mountains.”

Clark, 57, is one of dozens around the U.S. who puts in his own money and time to help maintain the aging lookouts.

“It’s hard to keep the vandalism down. You want to keep’em painted and looking great,” he said. “It’s like the broken-window theory. If you keep it looking that way, people will throw rocks through the other windows.”

Some states have replaced fire lookout staffers with cameras. Washington has not installed any cameras, says U.S. Forest Service Darrington District Ranger Peter Forbes, and it’s unlikely Western Washington, with its wet climate, will ever need a lookout of any kind.

“We never really needed any in the first place,” said Forbes. “They were just creating jobs for the CCC (Civilian Conservation Corps).” 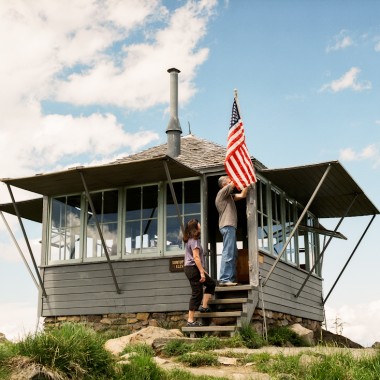 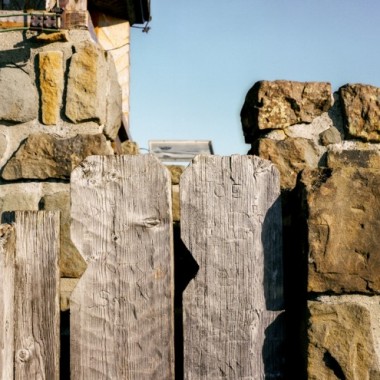 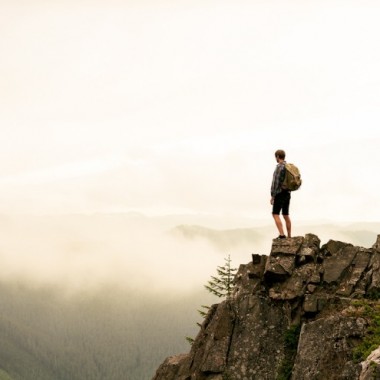 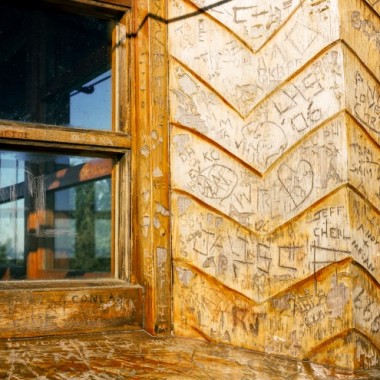 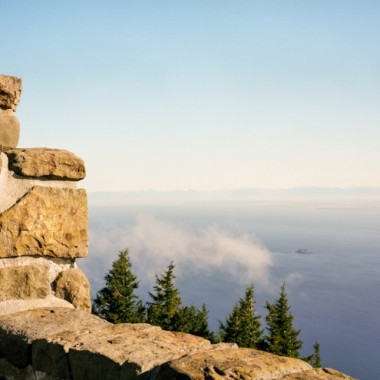 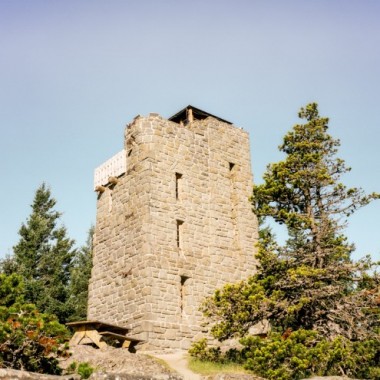 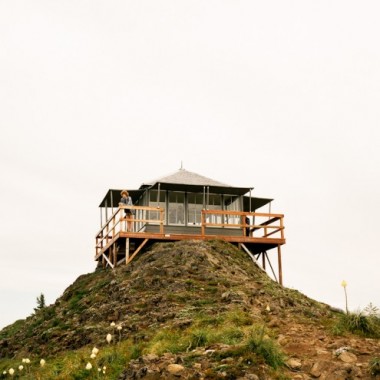 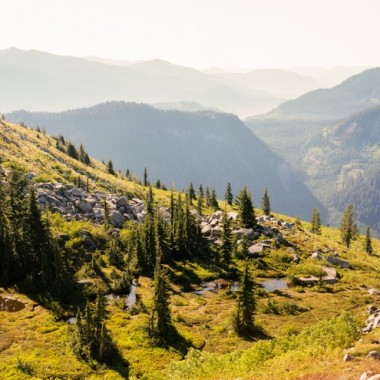 Needed or not, these lookouts, which moved writers like Kerouac and poet Gary Snyder, house a romantic ideal of solitude and simplicity for Johnson. He got the idea to photograph them after staying overnight in one in California. He has visited 11 lookouts in Washington state, including the Red Top Lookout, which he said offered “probably the most beautiful (view) I’ve seen so far.” 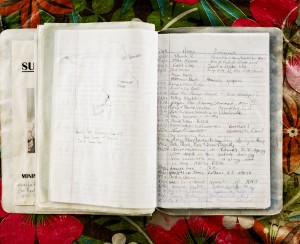 Inside these abandoned structures, Johnson often finds vestiges of their past life.

“Some have old maps and old log books,” he said. “The coolest remnants are placards and maps.”

Johnson, 29, plans to camp at a few of the lookouts on his list. Two lookouts in Washington state can be reserved: the Quartz Mountain Lookout in Mount Spokane State Park, and Evergreen Mountain Lookout in the Mount Baker-Snoqualmie National Forest. Several others are available for overnight stays on a first-come basis.

The photographer thought the project would lead him to meet new people on the trails, but that hasn’t been the case.

“I’m shocked that we are surrounded by these amazing places that are really easy to get to,” he said, “and I’m surprised there aren’t more people hiking them, especially in the summer.”

He hopes his photos inspires others to explore the majestic mountains and the storied fire lookouts for themselves. He is sharing his work with Seattle-based outdoor clothing company Filson for its lifestyle blog in exchange for gear.