You might say Ingrid Sabee’s life is a zoo.

At work, she cares for a variety of animals at the Zoological Wildlife Conservation Center & Sloth Captive Husbandry Research Center in Rainier, Oregon. Then she makes the long drive home to Seattle, to her own flock: four birds, three cats, and a tortoise named Pants. And that’s not counting her 13 other turtles living outside for the summer.

“That’s always been my thing—animals and building relationships with them,” said Sabee. “Sometimes you find an animal that, maybe because of some behavior, people don’t spend time with that animal. And I love finding that animal and finding out how they change with more attention.”

Pants likes to sneak up on the cats and send them shrieking across the room. And the cats sometimes raise a paw at the birds, even though they know they’ll be punished for it. But most of the time, the critters all get along just fine, says Sabee. 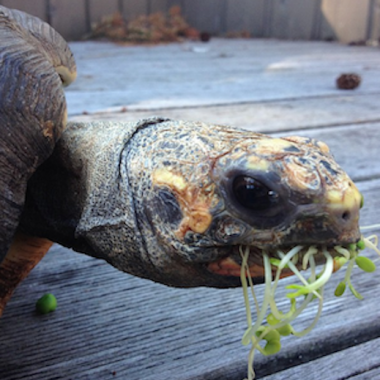 Sabee has been working with animals since her childhood when she and her mother rescued turtles. She went on to volunteer at zoos, study Amazon River dolphins in Brazil, and earn a biology degree from the University of Washington.

These days, Sabee’s work day puts her in touch with exotic animals like lemurs, porcupines, and sloths, just to name a few. And as she makes the rounds, feeding and cleaning up after the zoo’s residents, she often snaps intimate photos of them and shares them on Instagram. 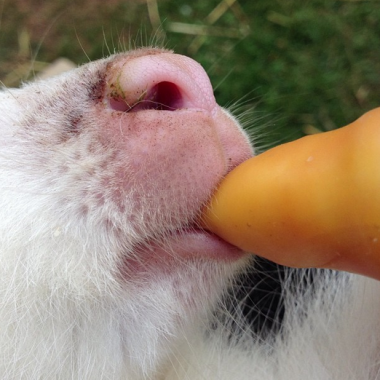 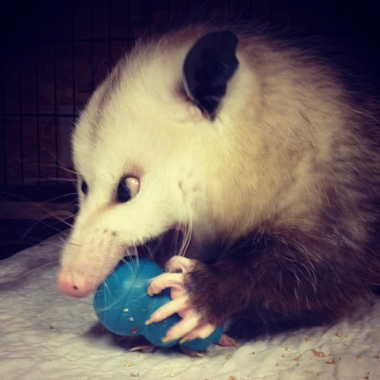 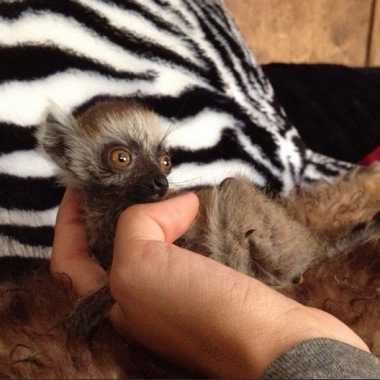 “Oriun the ring tailed lemur was found on the floor – didn’t take to mama so he moved into the house.” (Credit: Ingrid Sabee)

To the envy of her followers on Instagram, the 25-year-old zookeeper spends her days feeding the animals, visiting with them, and getting to know them on a personal level.

“I do everything—clean and feed, and monitor behaviors and their health,” she said. “It’s pretty wonderful, because there’s a lot of actual one-on-one contact with the animals. Some of them, you can’t go in with them, but you can develop a relationship with them.” 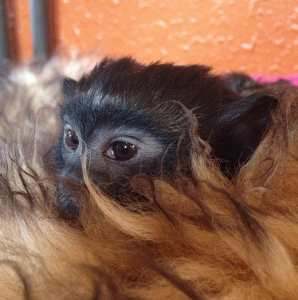 Sabee has learned carrying around a spare banana goes a long way.

“Some of them will just follow you around, trying to get snacks from you. Some will just try to get into everybody’s business, which is funny,” she said. “You have a routine for every animal, and if you stick with that, it’s always pretty easy.”

Ask Sabee which animal is her favorite, and she’ll name a half-dozen. Among them is Thalia, or “Fifi,” a “teeny tiny monkey” who fits in Sabee’s hand “like a stick of butter.”

“She’s funny. She’s young. She gets into trouble all the time,” said Sabee, adding Thalia, a golden-handed tamarin, has a special interspecies bond with a baby North American porcupine named Quilliam.

“They love each other so much. She’ll just sneak over to his enclosure, his little cage, or just go in with him. And he’ll just sit on her and groom her for hours. She just screams, and she loves it. He loves it, too,” she said.

Sabee, too, is a fan of Quilliam, who is weaning off the bottle but still likes to be held. She is fascinated by the squeaky high-pitched noise porcupines make and the unique scent they emit.

“It’s like a cross between pine and musk,” she said. “So they’re really earthy and like a Christmas tree.”

Thalia, top, and Lydian, an owl monkey, help themselves “to someone else’s dinner.” (Credit: Ingrid Sabee) 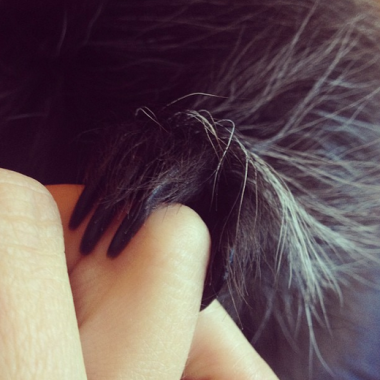 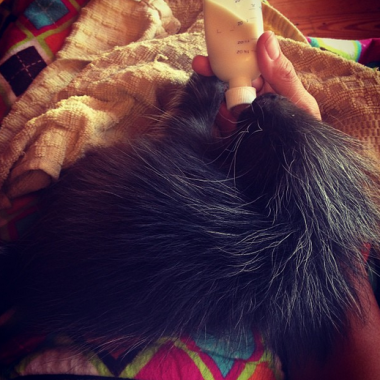 Foxes and monkeys are especially friendly, said Sabee, and the mischief of the zoo’s lemurs keeps her entertained. Penguins and opossums are also delightful, she said.

“People think opossums are scary and gross, but they are the opposite, absolutely,” she said, adding an opossum at the zoo named Ophelia has proven quite affectionate. “She’s super-friendly. You can hold her. She’s really sweet.”

Some animals have proven to be less approachable. Whenever Sabee enters the enclosure of one especially-private lemur, he follows her around closely, making sure she knows she’s not welcome, she said. And a cockatoo who recently arrived at the zoo from “a pretty sketchy situation” with a strong aversion to blond women like Sabee has been letting her in slowly, with much hesitation. But she has given him plenty of time and space, she said, and he’s starting to understand she isn’t a threat.

“He doesn’t respond to me the same way he does with the average male, but I know he trust me,” she said. “He’ll come and sit on my lap if I just sit outside his cage, and he always helps me eat my lunch. He’s always stealing my fruit. People I work with were pretty amazed that he crossed that barrier.”

Patience is paramount with these reluctant animals, says Sabee.

“I feel like there have been limits set by certain animals, and maybe they’ll go further with someone else, for whatever reason. But I never give up,” she said. “A lot of people want that instant gratification, and you’re not always going to get that.” 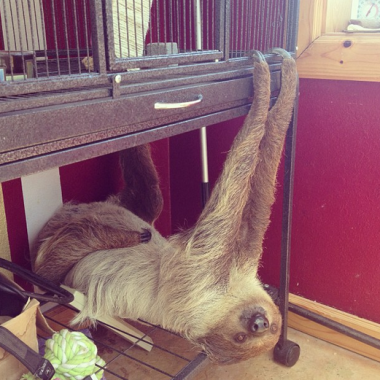 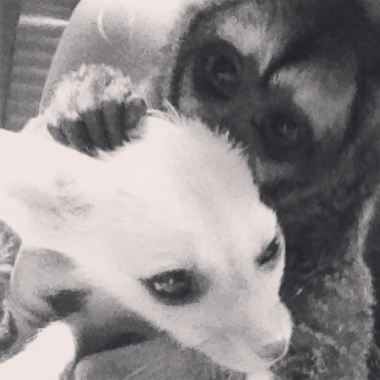 “Lydia investigates the tastiness of Pallida’s ears.. (They are quite delicious.)” (Credit: Ingrid Sabee) 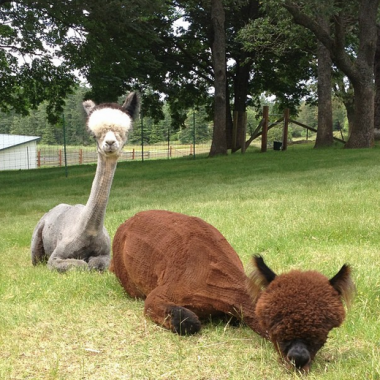 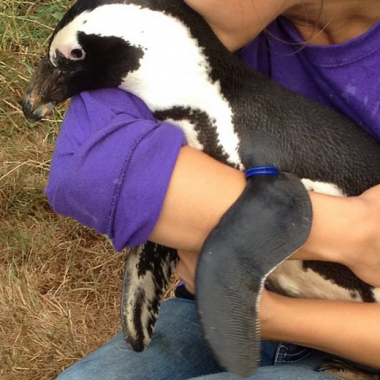 It’s not always easy, says the zookeeper, but in the end, perseverance does pay off.

“People say it’s a thankless job, working with animals, because you clean them and feed them, and they never say thank you,” she said. “But they really do. And it’s just another thing to learn.”