Sometimes all it takes is a little push to get things rolling.

Kiefert, a Puyallup native whose family moved to Shiprock during his early years, aimed to raise money along the way for a skate park back home.

“But it’s not just about the skate park,” he said. “It’s about the community.”

Where 20-year-old Kiefert comes from, it’s not uncommon for people to live without plumbing or electricity. Poverty runs rampant. Opportunities are scarce. And alcoholism cripples the young and the old alike.

“There’s a lot of people going through rough times. There’s homeless people that I’ve seen for years, since elementary (school), that are still there. They still walk around in the same clothes,” he said. “There’s not much there. So people just give up their lives to the bottle. It’s just a waste of potential.”

Kiefert himself helps his parents grow fruits and vegetables—”you name it, we grow it”—on their 12-acre farm. He also works at a gas station just outside the reservation. His mother works two jobs as an in-home caretaker. His father drives lumber trucks.

“It’s hard living on the reservation,” he said.

In his free time, Kiefert, like many other reservation kids, rides his skateboard.

“Over the years, I’ve seen the skate scene grow and grow,” he said. “You can’t even go into town without seeing 10 or 12 people skating.” 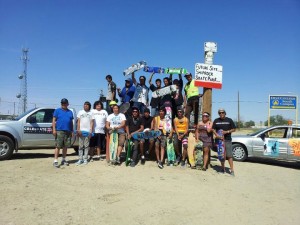 But in the decrepit desert town of Shiprock, smooth asphalt is hard to come by. Skaters are limited to narrow strips of sidewalk and their driveways. As a result, Shiprock’s kids have been skating or hitchhiking to the nearest skate park in Farmington some 30 miles away. But the trip has proven dangerous, even fatal, for some.

“A couple of people have been hit,” said Kiefer. “I’ve lost a couple of friends, one to a drunk driver, and one because somebody couldn’t see because of the glare. The list goes on.”

Kiefer didn’t like what he was seeing, so he decided to do something about it. His idea: the All or Nothing Sk8 Tour, a fundraising journey on his skateboard from his current home to his first home in Washington state by way of Seattle.

He figured a skate park could help steer kids away from alcohol. Plus the town could add new jobs by hiring Native workers to help build the park.

“That’s why I’m doing this—to bring the community together,” he said. 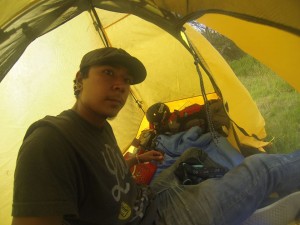 Kiefert hit the road on his longboard on June 20 with a heavy pack on his back, leaving behind a teary-eyed mother.

“My mom, she couldn’t even talk to me when I was leaving, because she was choked up,” Kiefert said. “And instead she just hands me a letter.”

After he set up camp that night, Kiefert read that two-page letter inside his tent.

“(It said) just how she was proud of me, and how she knew I had to do this,” he said. “Her letter just really choked me up and really made me cry.”

Kiefert skated across New Mexico, Arizona, California, and Oregon to Washington, camping most of the way. He told new friends about his mission. They, in turn, gave him a couch for the night, or some money for his cause.

“There’s so many people I met along the way,” he said. “Just knowing that they’ll actually help you means a lot, that there’s still people like that out there in the world.” 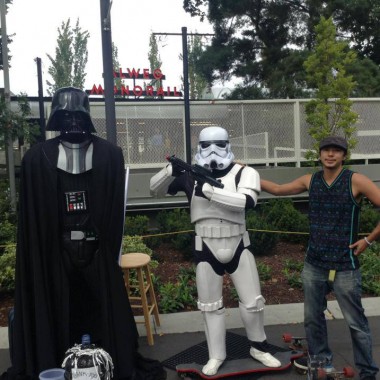 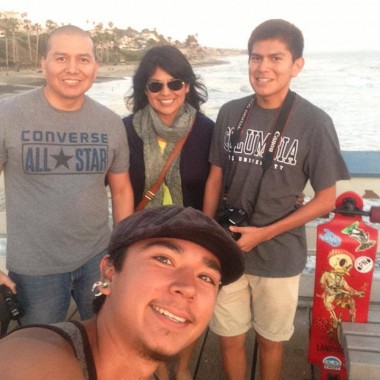 “At the pier with Raye, Anderson, and Christian. Another great family helping me on my journey.” (Credit: Nelson Kiefert) 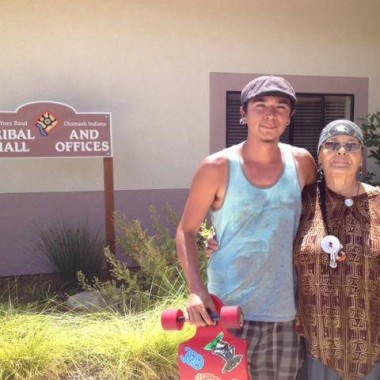 “Outside the tribal hall with Adelina the Tribal Spiritual leader (in Solvang, Calif.)” (Credit: Nelson Kiefert) 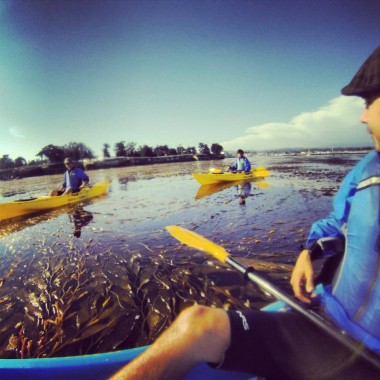 “Had fun with these two in Santa Cruz. My friend told me about the kayaks, and what do you know, the next day he takes us there.” (Credit: Nelson Kiefert) 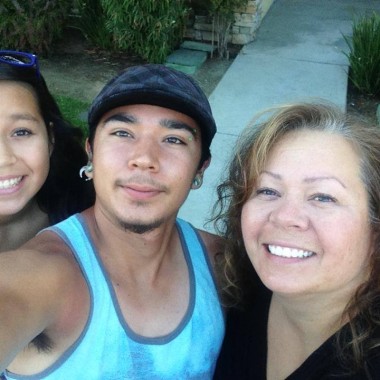 At California’s Venice Beach, he found himself in a jam. Camping was not allowed, and he couldn’t afford the cheapest motel.

Then several homeless people came to his rescue. They took him to place “where there was nothing but homeless people lining the street,” and found him a spot to pitch his tent.

“It was so nice, because everybody looked out after one another. It was just like their own little community,” he said.

But for every hour spent with new friends, he spent many more alone, gliding along the asphalt, thinking of home.

“When you’re alone, you just think because there’s nothing else to do but think,” he said.

He was tempted to give up several times, once in Arizona when he found himself in a dust storm in 123-degree heat.

“I was in the middle of nowhere, and the nearest town was 50 miles away. And I tried to find shelter, but there was nothing but sand blowing around me, lightning and rain, and my huge backpack I have to carry around me,” he said. “My ankle was giving out on me, and it was really hot. And I really felt like giving in and going home at that point.”

Kiefert eventually made it to a truck stop where he met a couple who took him in for the night. Then, as his resolve waned, he began receiving kind messages from people he didn’t even know.

It turned out his hometown newspaper had posted a message about his mission on a web forum, encouraging readers to cheer him on. And it made all the difference, says Kiefert.

“Like the smallest things they’d say pulled me through,” he said. 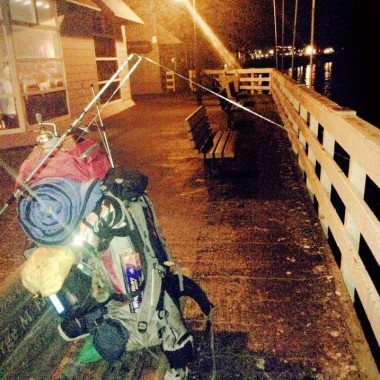 “No where to sleep tonight so just killing time fishing on the pier.” (Credit: Nelson Kiefert) 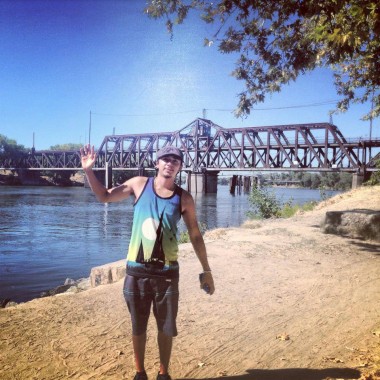 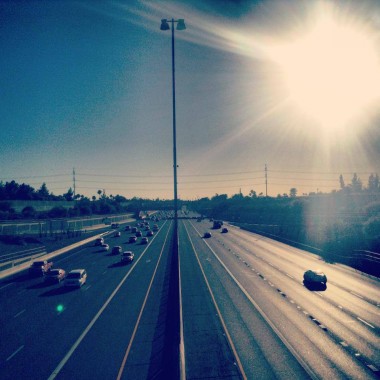 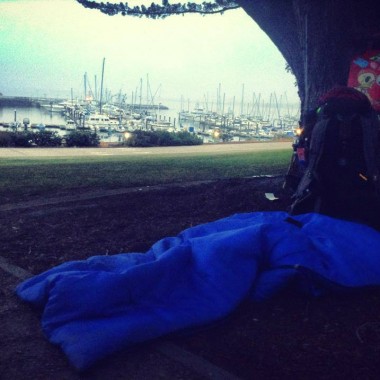 When asked whether he’d met his fundraising goal, Kiefert says he didn’t have a number in mind.

“The main reason I did this was not to raise all the money, but it was just to raise awareness (in my community),” he said.

His aim, he says, was to give his community a jumpstart.

“It just takes one person to start something. So I just wanted to get the ball rolling, so they have something to start with.

“No more looking for skate spots in what little concreted areas we have. No more putting ourselves in harm’s way just to find soft turf and smooth ramps. No more sitting around watching nothing be done.”