Ashley Gross is KPLU's business and labor reporter, covering everything from Amazon.com and Boeing to garbage strikes. She joined the station in May 2012 after working for five years at WBEZ in Chicago, where she reported on business and the economy. Her work telling the human side of the mortgage crisis garnered awards from the Illinois Associated Press and the Chicago Headline Club. She's also reported for the Alaska Public Radio Network in Anchorage and for Bloomberg News in San Francisco. She studied history at Brown University and earned a master's in international affairs at Columbia University. She grew up in Santa Fe, New Mexico. She lives in West Seattle with her husband and two sons.

You Have to See This2

Most of us try to make our lives as comfortable as possible. Then, there are the people for whom that’s too boring. Mark Reed... Read more → 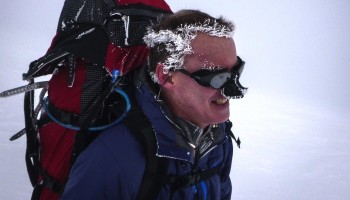 Bruce Stobie may be blind, but he’s getting ready to do something that most of us with perfect eyesight would never attempt. On June 10, he’s... Read more →

You Have to See This3

Rex Hohlbein had been designing luxurious homes for more than two decades when his life began to shift. He began inviting homeless people into... Read more →